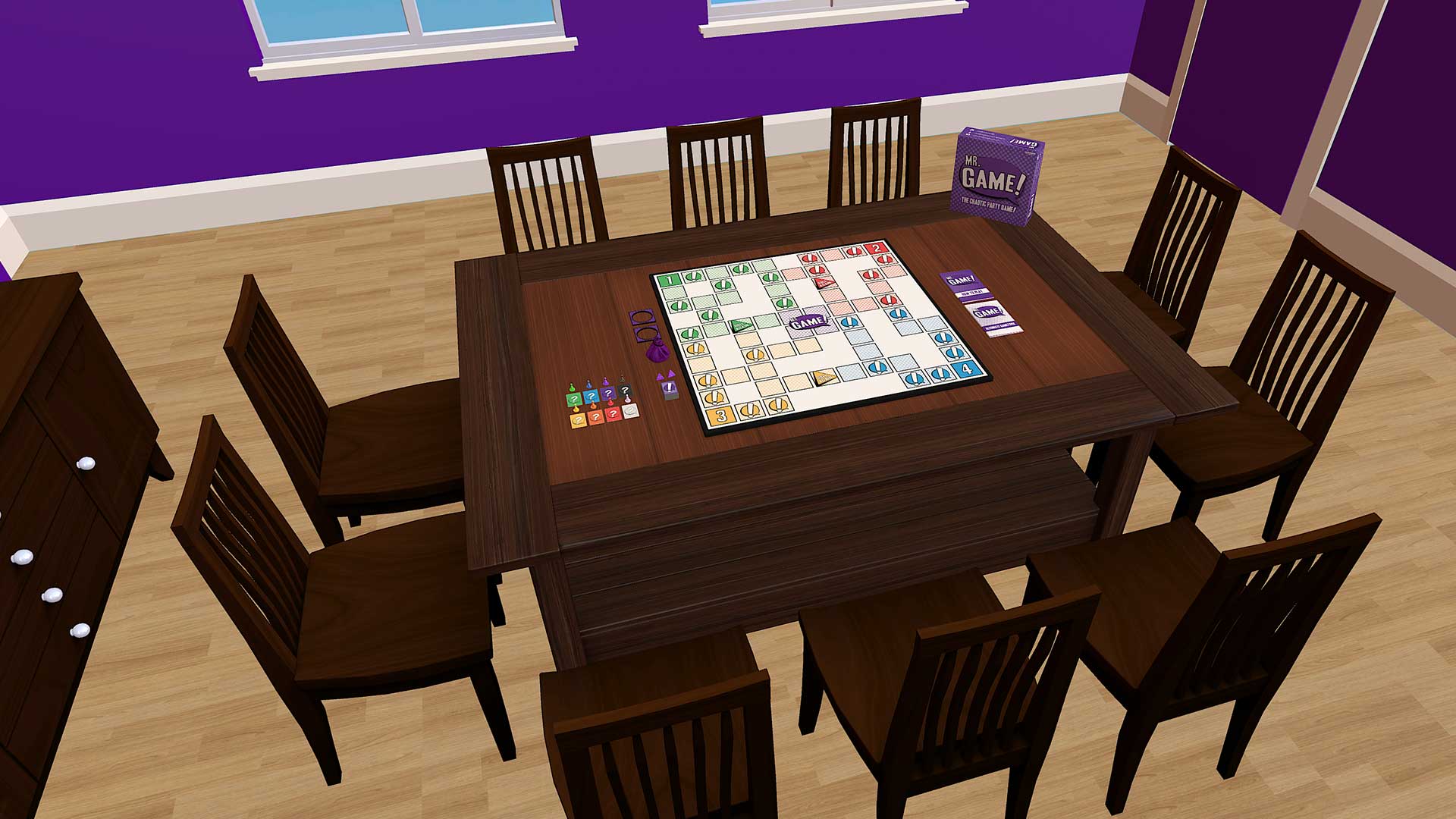 Check out Mr Game! on Steam

Mr. Game! is a modern twist on the classic family roll-and-move party board game. Like most games, you start at point A and have to get to point B before your adversaries. But in Mr. Game!, point B can change at any moment, making it a chaotic and unpredictable rat-race to the ever-changing finish.

Unfair, you say? Don't worry - Mr. Game is bound by an official code of conduct:

• All players are responsible for interpreting the rules of the game, but Mr. Game makes the final decisions. • All rules Mr. Game creates must apply to all players equally, themselves included. • If Mr. Game breaks a rule or attempts to chance a decision they already made, the other players may revolt and forcibly replace them. • After the game ends, players choose a new Mr. Game for the next game. Any decisions made by the previous Mr. Game no longer need to be enforced.

Q. It says Mr. Game can be "impeached" and replaced. How does that process work? A. Might I suggest flipping the table...

Q. Have you ever seen a Mr. Game get impeached? A. Once. He was framed, honestly. But it did happen. That's in 3 years of designing, developing, and testing. Not a bad record.

Q. How does the goal change? A. There are 5 cards in the deck that change the goal to a random number. 4 of the cards are Actions, meaning they must be played when drawn. 1 is a Badge, which means you can lie in wait and play it when the moment is right.

Q. This sounds like a board game version of Calvinball. A. Bingo!