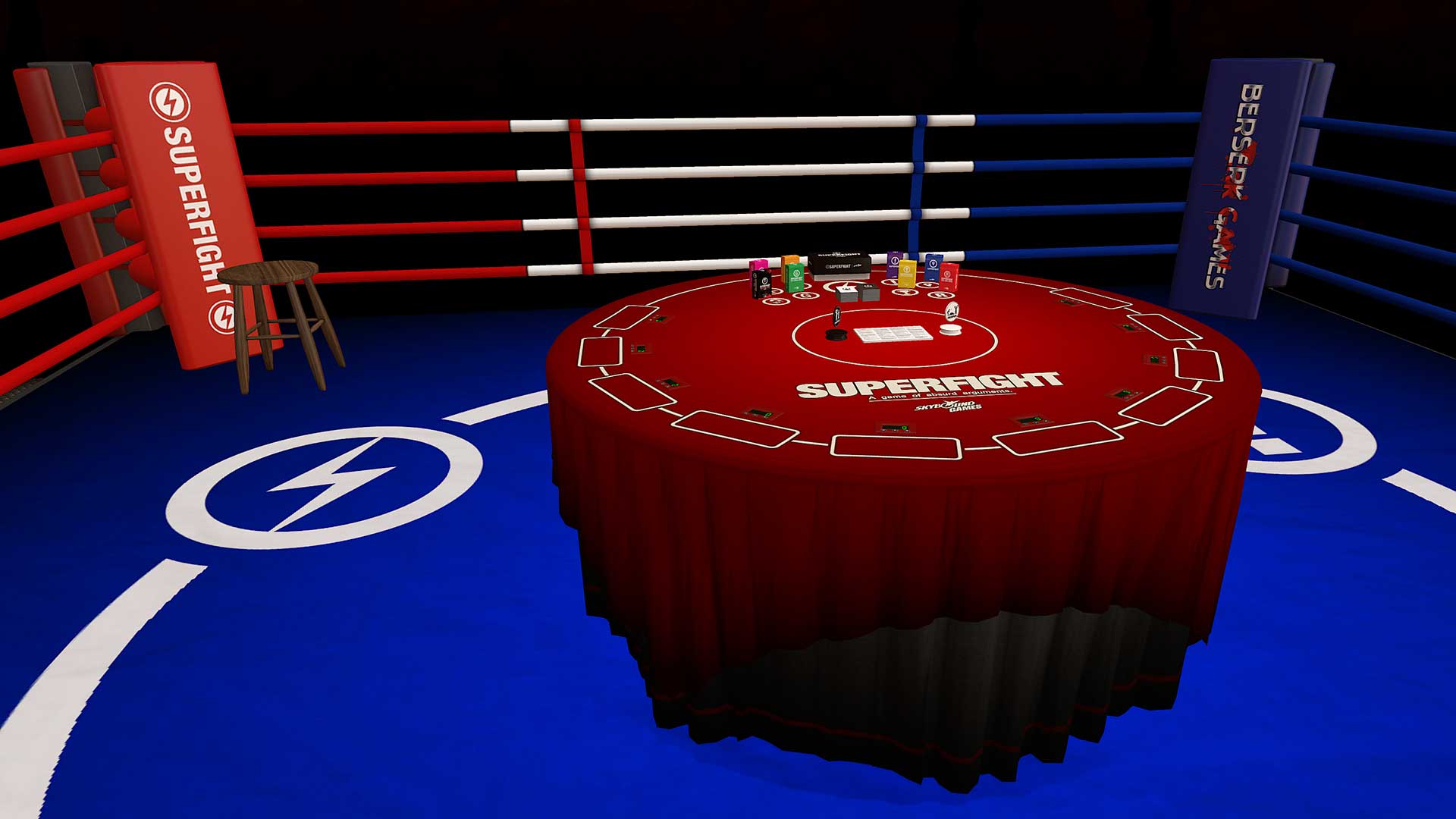 Check out Superfight on Steam

Superfight is the viral card game sensation in which players use cards to create ridiculous characters, and then argue about who would win in a fight.

500 Card Core Deck - This is the main starter deck for Superfight.

The Blue Deck - 100 location cards that give settings for the fights ranging from space stations, to oceans of gelatin, to the inside of a volcano.

The Purple Deck - 100 scenario cards that add hazards and conditions to the fights such as kitten stampedes, land mines, and opposite day.

The Walking Dead Deck - 100 cards inspired by Robert Kirkman’s hit comic book series. All of your favorite survivors and villains are here, along with the darkest set of attributes yet.

The Anime Deck - 100 cards inspired by your favorite anime. From Pocket Monsters, to Titans, to Sailor Scouts, this deck is ready to raise your fights to a new level of insanity, the kind you can only find in Japan.

The Challenge Deck - 100 new victory conditions for your fights. Instead of fighting to the death, now you can argue about who would win at Football, Quidditch, or The Game of Thrones. Never have the same fight twice!

The Green Deck - 100 kid-friendly cards. From fairy tales to cartoons to food weapons, this deck will add some good clean and sometimes messy fun to your game. Don't be fooled by the subject matter; this deck has some very powerful cards.