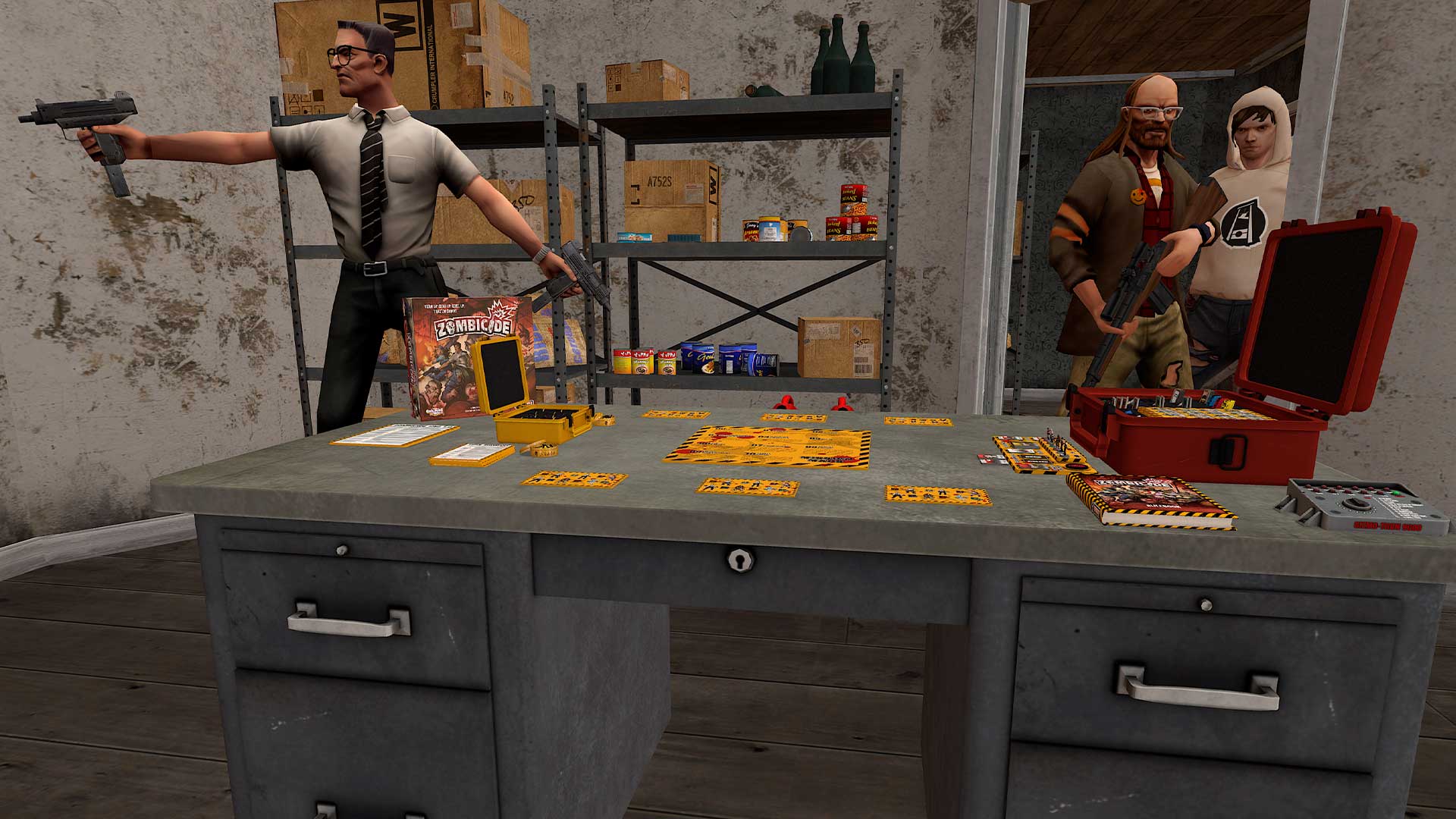 Check out Zombicide on Steam

Zombicide is a collaborative board game in which players take the role of a survivor – each with unique abilities – and harness both their skills and the power of teamwork against the hordes of unthinking undead! Using unique and clever mechanics, Zombicide is designed as a fully cooperative game where no player has to play as the zombies.

Each player controls between one (for 6 players) and four (solo game) survivors, humans trapped in a zombie-infested town. In fact, “survivors” quickly change to “hunters” to smash zombies through and through. However, the team must constantly maintain a balance between survival and slaughter, for as the zombicide continues, the Danger Level increases, and the infected grow in numbers. Any misstep can turn to disaster.

Zombicide is a fun and easy game with cool miniatures in an archetypical, popular and comics-inspired environment. Ambiance is constantly balanced between “beat’em up” and “survival horror” as survivors keep switching from prey to predators. Humor and gloom happily marry in a zombie-fest.