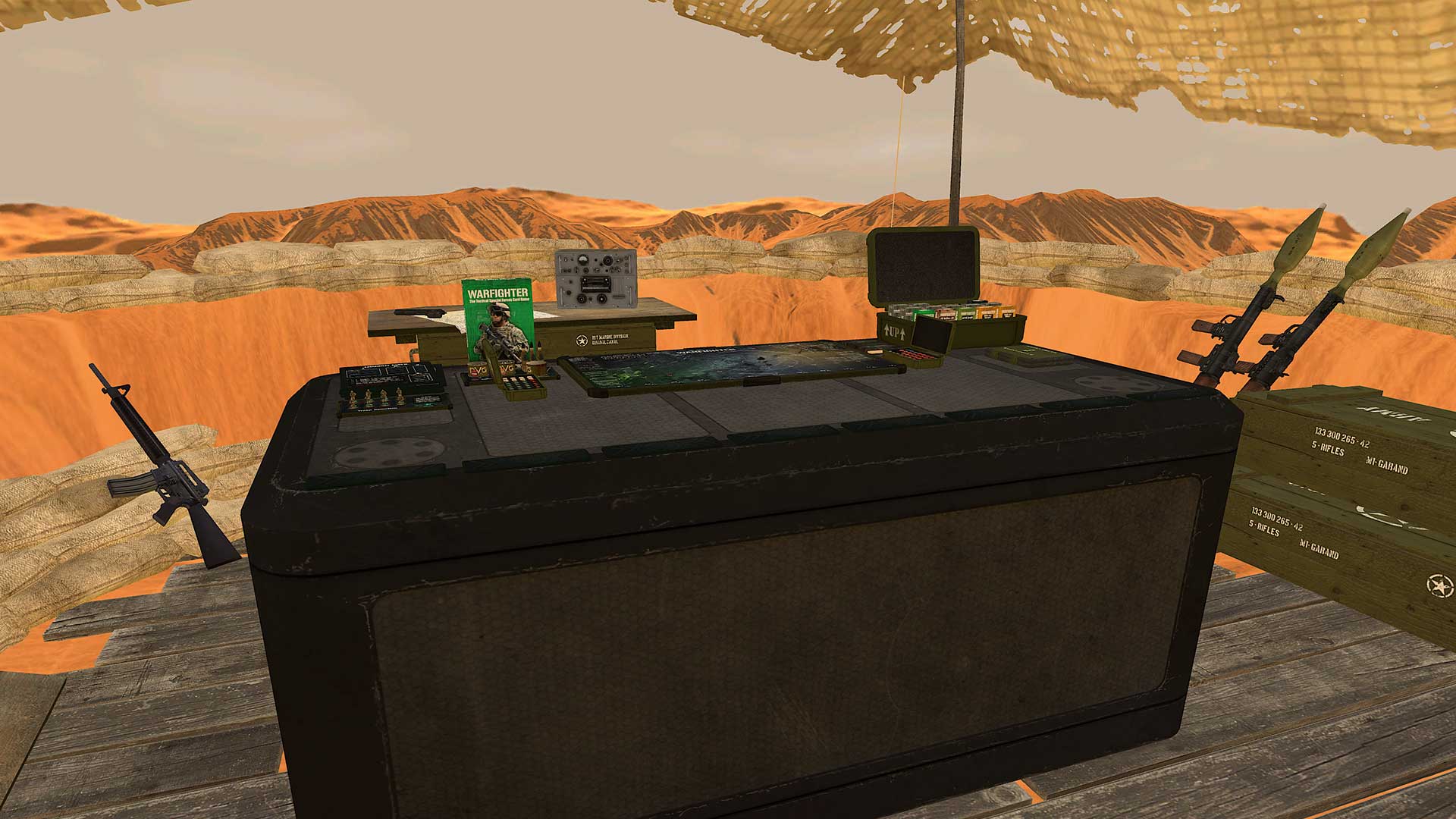 Check out Warfighter on Steam

This DLC includes Warfighter and expansions #1-9!

Warfighter is a card game for 1 to 6 players. You play cooperatively with your friends against the system to complete present day squad-level combat missions. At the start of each mission, you each select a soldier, equip him/her with skills, weapons, and combat gear within the mission's Resource limit. You then fight your way through hostile territory, engaging hostiles, as you attempt to reach and complete your mission objective. Every mission is a stand-alone game. You build your Soldiers, select your Gear, and then run your mission. Within 30 to 60 minutes you will have succeeded or failed. Warfighter uses a new combat system that takes into account the fire mode you select for your weapon, range, running out of ammo, suppression, and cover - all in the same dice roll! This system creates an incredibly deep narrative with every attack. As you eliminate hostiles, you gain experience to up gun your Action cards.

Expansion #2 - Stealth Specializes in the low profile aspects of a mission such as stealth movement and suppressed weapons.

Expansion #3 - Support Adds drones, snipers, mortars, and all the supporting forces a modern squad has on call.