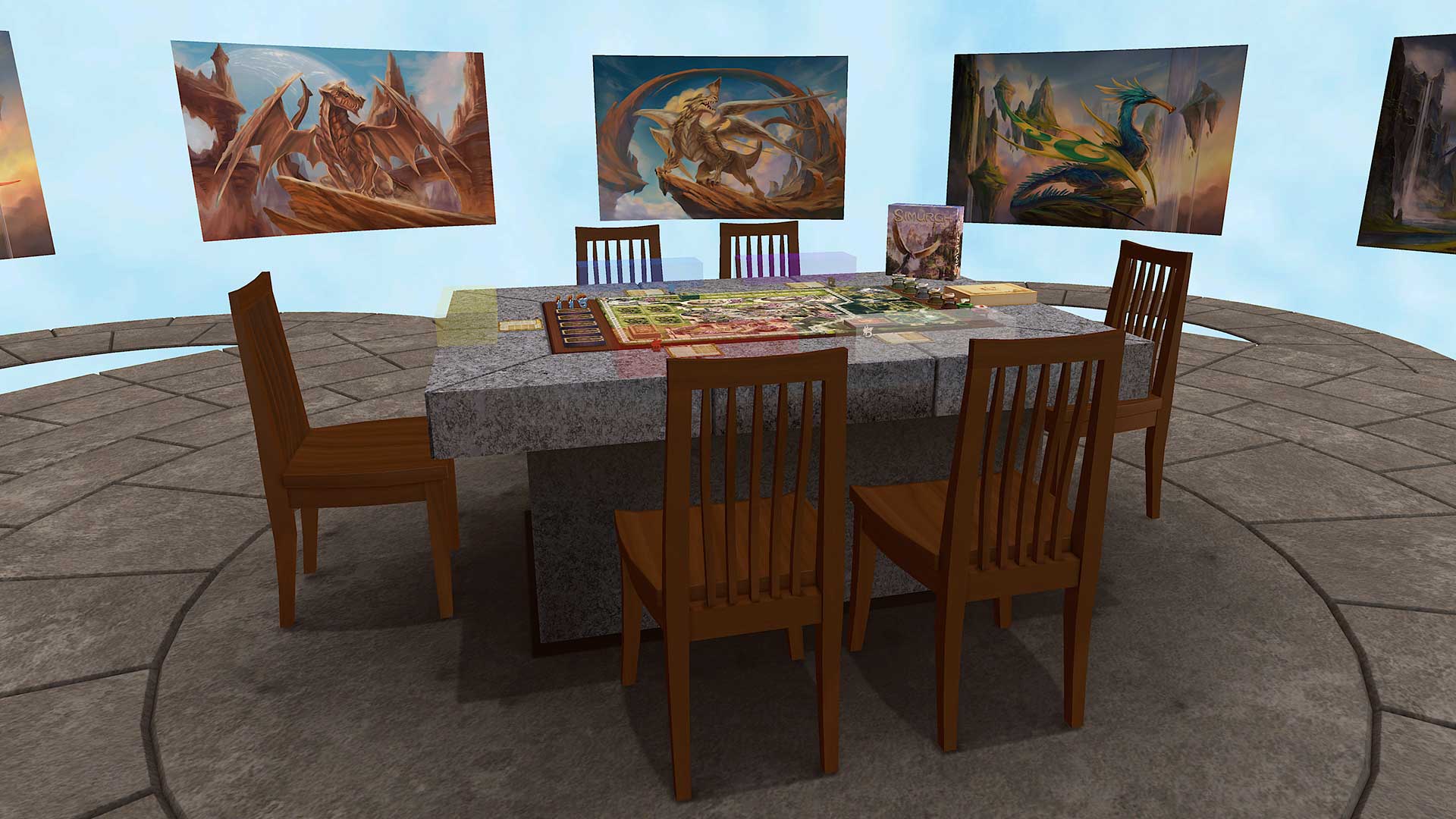 Check out Simurgh on Steam

Simurgh is a game for 2-5 players who become heads of powerful clans in a fantastical world where humans and dragons live, hunt and go to wars together. As a head of a powerful family, each player will breed mighty dragons, make use of their special abilities, gather resources and try to make their house the most powerful by gathering the most Power Points. The game is played in a sequence of turns, with each turn allowing a player to perform one Main Action and any number of Free Actions. As a Main Action, a player will usually place a worker on an Action Space.

The workers (collectively known as Vassals) come in two types: Spearmen – young warriors of each house, and Dragonriders – noble warriors and hunters gifted with their own Simurgh steed. On their turn, each player will place one of their Vassals on an empty Action Space to gain resources, exchange their assets for Power Points, add new Vassals to their house or breed a new type of Simurgh.

During the game, players will collectively build the board by drawing and placing Action Tiles, each either providing new Action Spaces (some allowing any Vassals, some exclusively the Dragonriders), or creating an opportunity to score points for combinations of specific dragons in a player’s possession. When all the scoring spaces are filled with tiles, the game ends at the end of the round and Power Points are tallied.