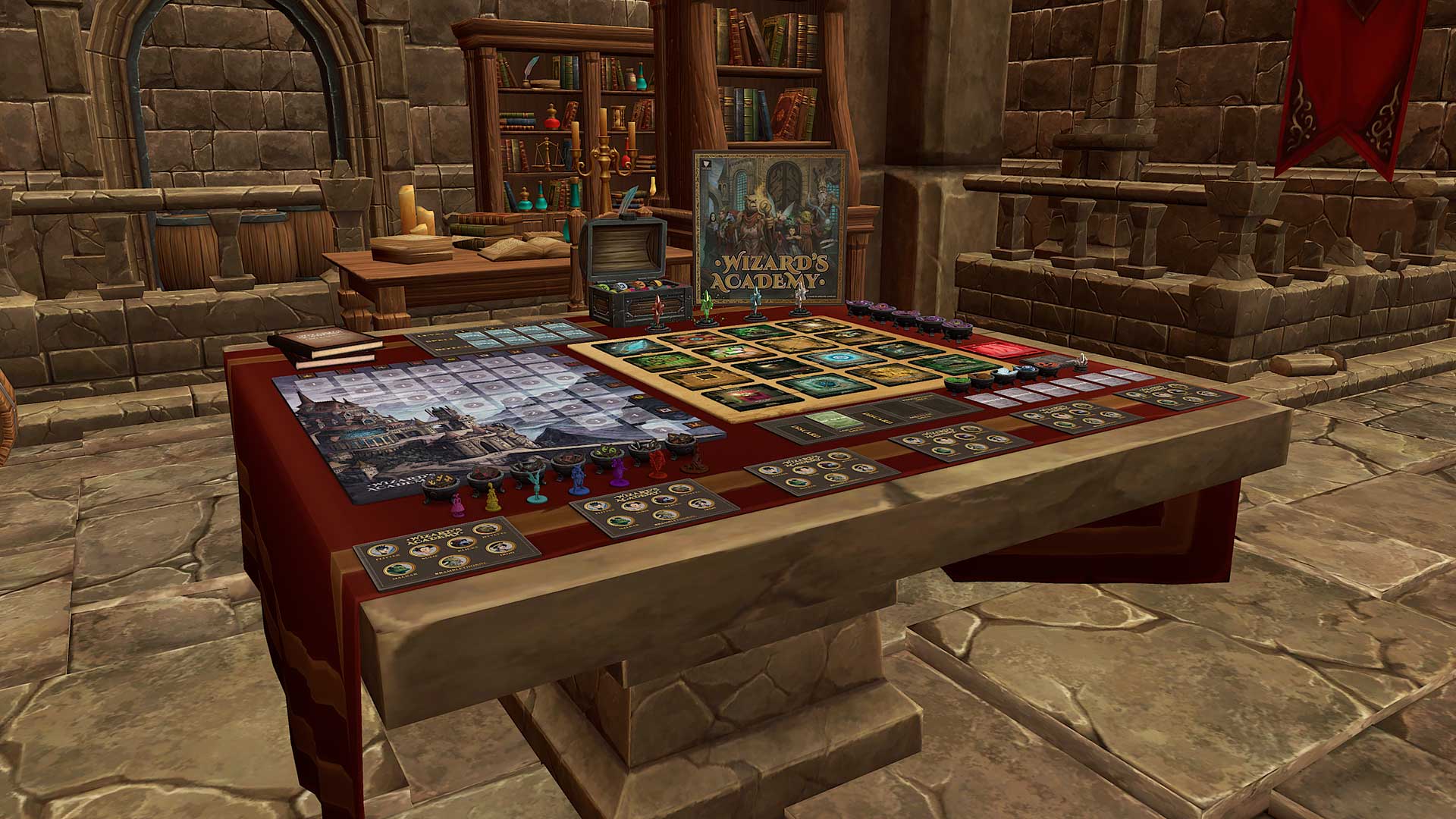 Check out Wizard's Academy on Steam

Wizard’s Academy is a cooperative board game in which you play as an apprentice wizard during a magical emergency. The wizard who owns the academy is missing, along with all of your teachers, it’s down to you and the other students. You have a lot going for you: The infinite power of magic allows you to summon, dismiss, move, adjust, switch or empower any aspect of the game. Only one thing stands in your way: None of you have the faintest clue what any of your spells actually do.

• Trial by fire, experiment to find out what you can do. Try to work out how to use your power before you’re destroyed by the consequences of using it carelessly. • Millions of possible spellbook layouts, different powers every game. • Face over a dozen threats including imps, fires, floods, haunting and demons. • Threats that combat each other. Don’t have a spell to put out that fire? Just open a hole to the water dimension instead! • Colourful characters. Each associated with a collection of spells that have different effects when cast by them. • Fair play mechanics. Disasters are drawn a round in advance to give you time to prepare rather than being blindsided by the RNG. • Scenarios change the objective of the game and add unique rules. Survive a monstrous invasion. Reverse an unwanted bodyswap. Form the student society for the preservation of imps. Summon and control a demon. Pin uncooperative rooms into place. Stop a raging fire thawing out a frozen demon. Fight your own spellbook. And more!