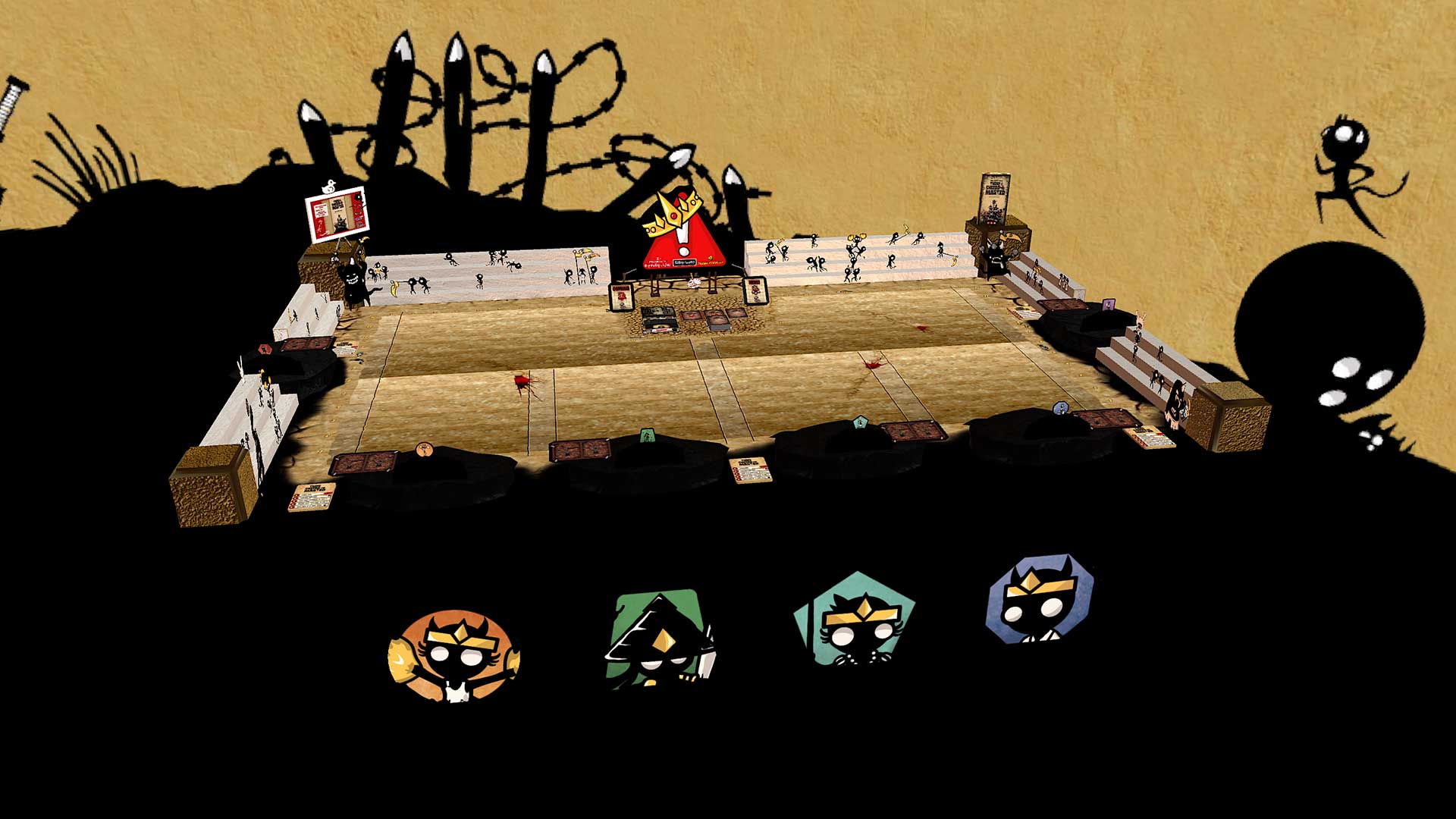 Check out Three Cheers For Master on Steam

Master Has Been Blue, Lately… It's just not the same now that all lands known to evil have been conquered. When Master's blue, it's the minions who suffer. As a lieutenant in Master's army — a foreminion — it falls to you to cheer him up. Not the easiest task, even in the best of times. But then it hit you: What better way to cheer Master up than a cheerleading competition? Whichever foreminion builds and scales the most impressive tower of war-hungry minions will surely win Master's heart. What could possibly go wrong?

Three Cheers for Master is a fast-paced, multi-player card game where each player creates their own cheerleading tower of cards depicting Master’s violent, war-hungry minions. The bad news is that all of the minions want to kill each other, and it’s only through clever positioning and steely-eyed supervision that you can keep your tower from collapsing. But did we mention that every player can play cards in anyone else’s tower? So while you’re busy making your own tower stable, your contemptible foes will be busy adding homicidal lunatics to it every time your back is turned. Naturally, you’ll want to retaliate. Not only are the minions violent, they have have special powers and foibles. Hungry minions eat weak minions. Claustrophobic minions die if they’re surrounded. Heavy minions kill the minions they fall on. And worse. When Master returns, he’ll judge the towers, and the most impressive one will win. Don’t fail to have the most impressive tower. You wouldn’t like Master when he’s irritated.