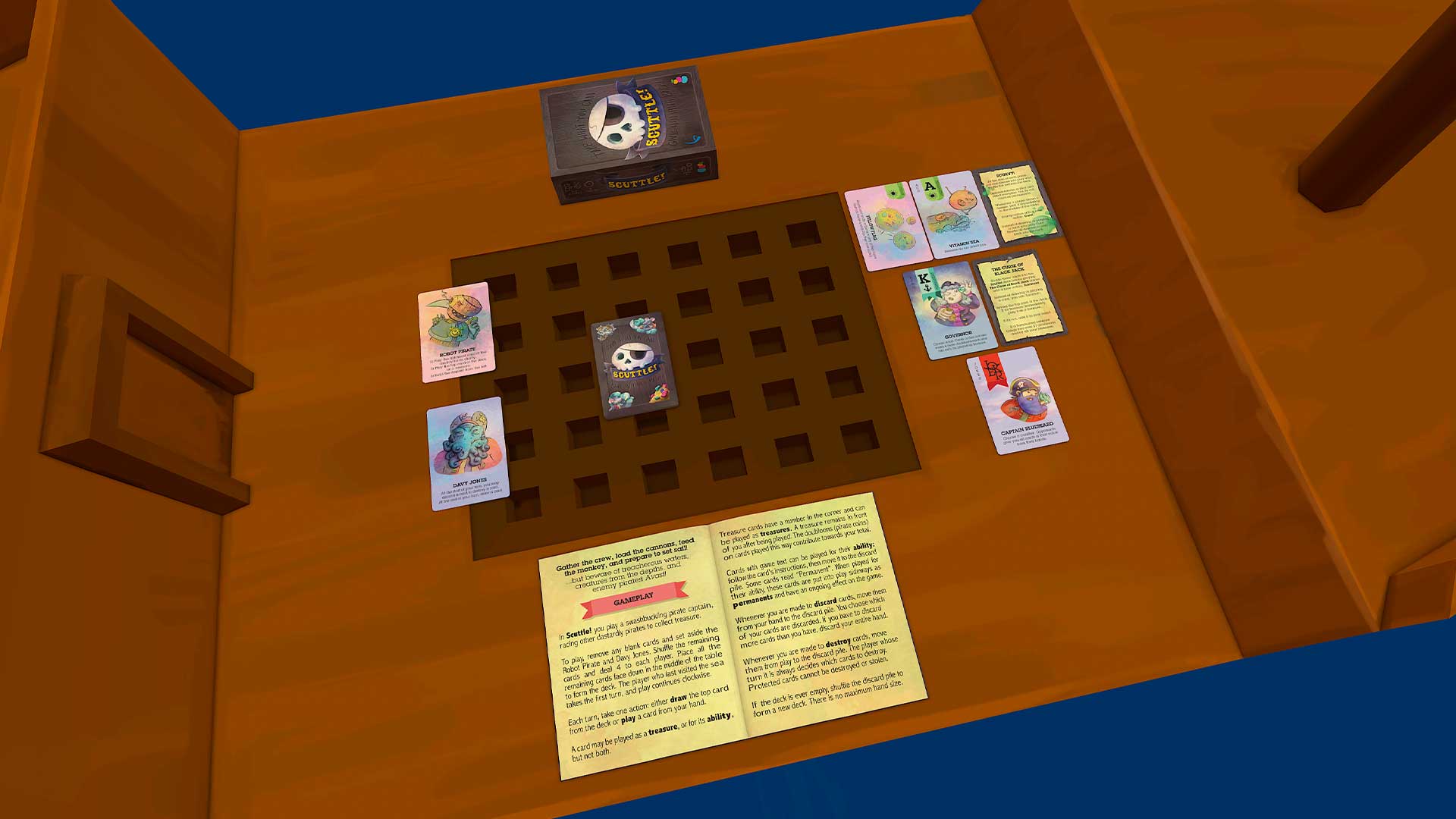 Check out Scuttle! on Steam

This DLC includes the two free expansions: The Curse of Jack Black and Scurvy!

Scuttle! is a card game for 1-5 valiant pirates, suitable for players as young as 6. Based on the classic game Cuttle (believed to be the precursor to Magic: The Gathering), Scuttle! has been infused with the drama of the high seas thanks to creative updated rules by Peter C. Hayward. With gorgeous, adventurous art by Kelly Jo, Scuttle! is fun for the whole family.

In this fast-playing card game, players scheme, battle and steal to be the first to collect 21 doubloons. Each turn either draw a card or play a card - cards can be played as either treasure or as an action. Do you want to draw 2 cards, or steal the treasure chest your opponent just played? Or would you rather wipe the board...knowing that your booty is protected! About The Curse of Jack Black Black Jack has been cursed to forever crave gold...but whenever he gains too much, his entire fortune disappears! This expansion adds even more diabolical ways you can amass wealth, including a new treasure of each value, three new crew members you can recruit, a Pirate Ghost, and Black Jack himself!

Scuttle! is a complete game in itself, but the expansion adds a whole new way to play the game - as an action, you can flip the top card of the deck. If it's treasure, add it to your stash! If it's not, discard it! But if your new bounty takes you above 21 treasure, you lose it all...

The Curse of Black Jack expansion adds the fourth suit to the game, which means (when combined with Scuttle!) the game can be used as a standard deck of playing cards. About Scurvy!

Pirate germs have boarded the ship, adding an extra layer of challenge to your pirate quest!

This expansion to Scuttle! adds 10 disease cards, the Ship's Doctor, and a healthy dose of Vitamin Sea. Each disease has a unique effect, and sailing the 7 seas will never be the same again!